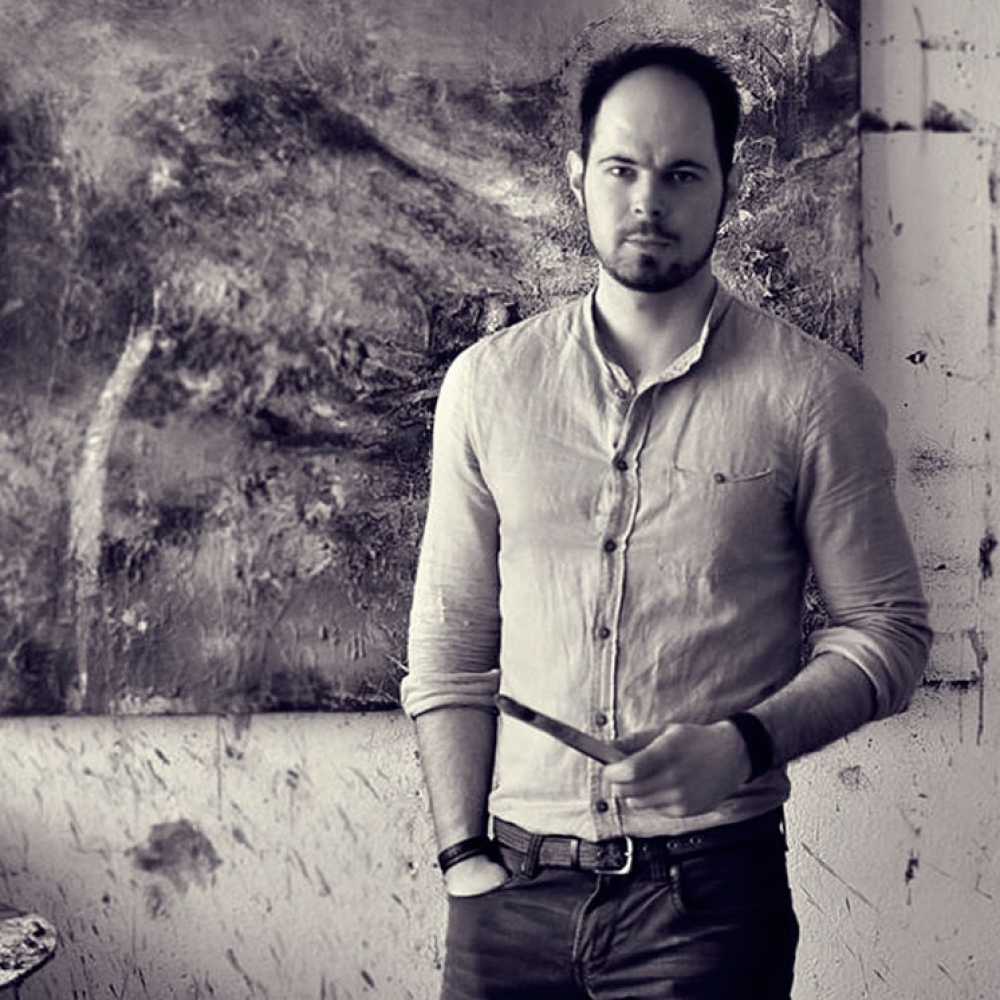 Botond Kuti is an Hungarian artist from Transylvania.
Botond Kuti was born in Marosvásárhely (Tg. Mures) and growing up in the heart of Transylvania, in a town called Szováta (Sovata), influenced by his father’s paintings, he soon turned to art himself. Given this artistic and creative background, he was determined to become a painter by the age of 14. From 1999-2003 Botond was a scholarship student in the Department of Painting at Palló Imre High School of Fine Arts in Székelyudvarhely (Odorheiu Secuiesc).
In 2003 he was accepted to the Department of Painting at the University of Art and Design in Kolozsvár (Cluj Napoca). He successfully completed his studies at BA level in 2007, and Master of Arts level by the year of 2009. After completing his university studies, he moved back to his home town for a short while. He worked as a graphic designer for a local art magazine. He found this to be really good experiment and challenge visually, but felt that this job distracted him from creating his own original paintings.
He moved back to Kolozsvár, where he currently lives. Botond is an independent, free-lance painter, with works showcased at a number of prestigious exhibitions and galleries. In July 2011 father and son had an exhibition in Brühl, Germany. His works so far have been exhibited in Szováta, Marosvásárhely, Kolozsvár, Pécs, Budapest and London ("Art of Living" - international art exhibition, Knighstbride, London).
Stepping out of the shadow’ of accomplished painter father, Dénes Kuti, Botond’s artistic road lead him through a number of influences and themes. His constant search and experimenting has resulted in a number of artistic phases. The initial landscapes and stills were followed by the attempt to depict the passing of time. Later on his "Wreck Nudes" series captured the attention of a wider audience. Botond turned to abstracts, recently experimenting with new techniques that cross the line between two and three-dimensional art.
The Last Dance (2008) reflects how the regional and cultural influences were very much a determining factor in his work as the women are wearing traditional széki dresses. It can be said that this painting evokes past emotions, recalls the beauty of the past. Tradition is very much alive, vivid, which is enforced by the variety and tenseness of the colors. However this dizzying dance, with its never-ending movement and blend of colors recalls an apocalyptic atmosphere.